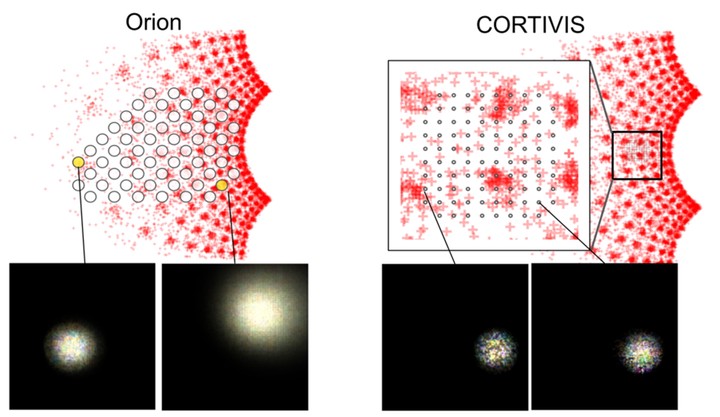 Cortical prostheses are devices implanted in the visual cortex that attempt to restore lost vision by electrically stimulating neurons. Currently, the vision provided by these devices is limited, and accurately predicting the visual percepts resulting from stimulation is an open challenge. We propose to address this challenge by utilizing ‘brain-like’ convolutional neural networks (CNNs), which have emerged as promising models of the visual system. To investigate the feasibility of adapting brain-like CNNs for modeling visual prostheses, we developed a proof-of-concept model to predict the perceptions resulting from electrical stimulation. We show that a neurologically-inspired decoding of CNN activations produces qualitatively accurate phosphenes, comparable to phosphenes reported by real patients. Overall, this is an essential first step towards building brain-like models of electrical stimulation, which may not just improve the quality of vision provided by cortical prostheses but could also further our understanding of the neural code of vision.