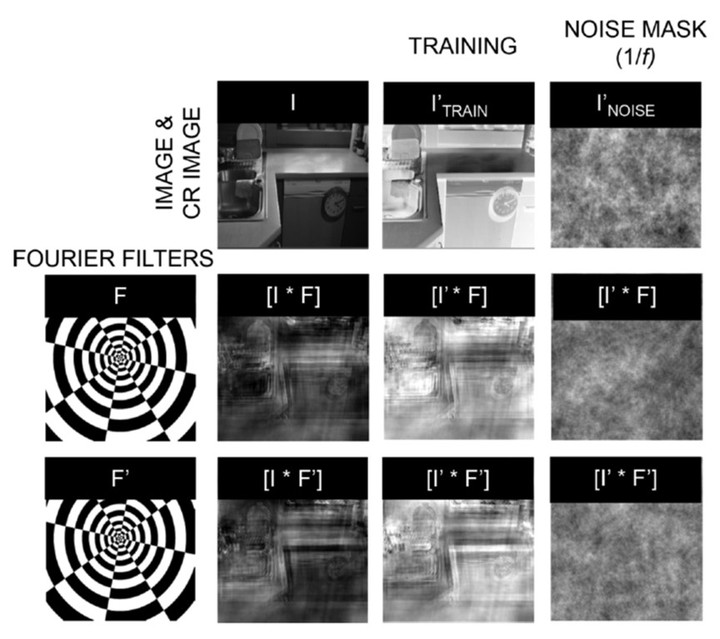 Many forms of artificial sight recovery, such as electronic implants and optogenetic proteins, generally cause simultaneous, rather than complementary firing of on- and off-center retinal cells. Here, using virtual patients—sighted individuals viewing distorted input—we examine whether plasticity might compensate for abnormal neuronal population responses. Five participants were dichoptically presented with a combination of original and contrast-reversed images. Each image (I) and its contrast-reverse (Iʹ) was filtered using a radial checkerboard (F) in Fourier space and its inverse (Fʹ). [I * F′] + [Iʹ * F] was presented to one eye, and [I * F] + [Iʹ * F′] was presented to the other, such that regions of the image that produced on-center responses in one eye produced off-center responses in the other eye, and vice versa. Participants continuously improved in a naturalistic object discrimination task over 20 one-hour sessions. Pre-training and post-training tests suggest that performance improvements were due to two learning processes: learning to recognize objects with reduced visual information and learning to suppress contrast-reversed image information in a non–eye-selective manner. These results suggest that, with training, it may be possible to adapt to the unnatural on- and off-cell population responses produced by electronic and optogenetic sight recovery technologies.

PDF DOI
Back to all publications